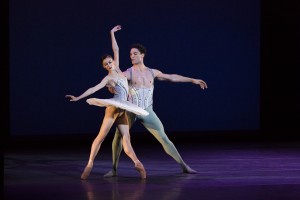 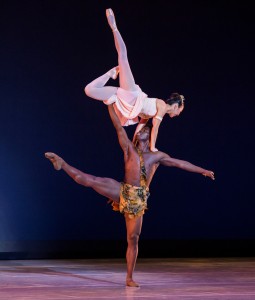 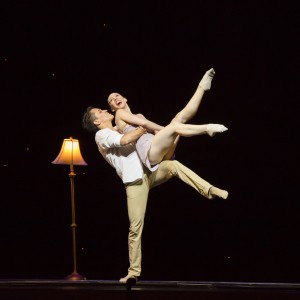 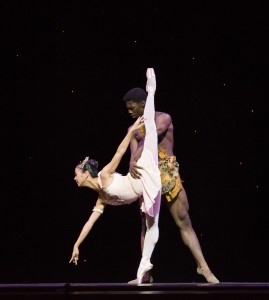 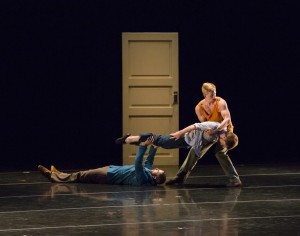 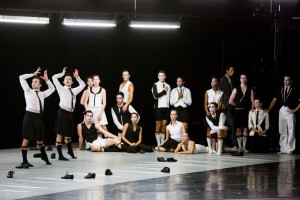 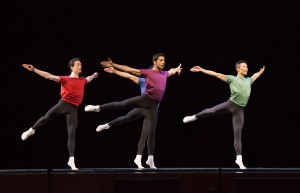 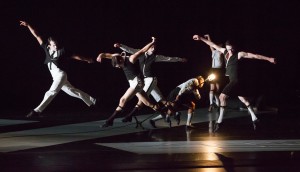 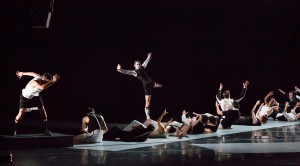 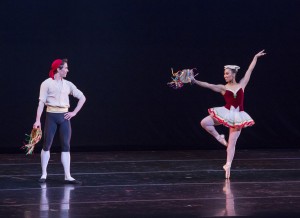 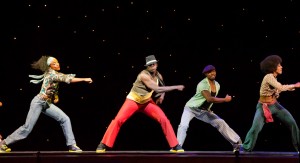 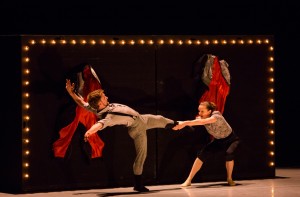 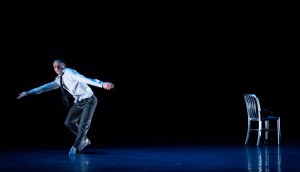 Last week Chicagoans were treated to five free dance concerts courtesy of the 2013?Chicago Dancing Festival?(CDF). For the third year, I was one of CDF’s official bloggers covering the performances. Here’s a recap of the events as well as some awesome performance photos by the lovely Cheryl Mann*. The Chicago Dancing Festival (CDF) kicked off its sixth year with a performance showcasing local talent. ?CDF Board Chair David Herro welcomed the audience and took a few minutes to talk about the origins of the fest and its mission. ?He said it’s threefold: 1) to make Chicago a national and international dance destination, 2) to keep elevating the dance form and building an audience by providing the best dance at the lowest possible cost – free!, and 3) to provide a forum, a place where these dancers can come together and watch each other perform. ?Mission accomplished.

Our dance-loving Mayor was up next, introduced by Herro as “probably the only Mayor in the United States that can do a proper pli?”. ?(True and something I’m not ashamed to say I’m particularly proud of.) ?Rahm Emanuel took the mic, quipping that his pli? talent came in handy in the City budget meetings. ?While introducing the opener of the show – a performance by After School Matters Hip Hop Culture Dance Ensemble, a program started by the late First Lady Maggie Daley – the current Mayor acknowledged the Daley family in the audience and said the work’s title Touch of Soul was perfect because “dance is the hidden language of the soul. ?I can’t think of a better tribute to the soul of our city, Maggie Daley”. ?Mayor Emanuel finished by thanking the family – “from the entire city, thank you for sharing her with us”. (Tear.) ?That beautiful, but melancholy moment was short lived, because seconds later, 31 young dancers dressed in white took the stage in a world premiere by choreographer Nicholas Leichter with such energy and enthusiasm that the audience was whooping with joy.

Hometown heavy-hitters Hubbard Street Dance Chicago (HSDC) technically tantalized in the epic, exhaustive Scarlatti. ?Choreographed for HSDC by Twyla Tharp in 2011, this work for twelve dancers is a testament to speed and stamina. ?In their CDF debut, Giordano Dance Chicago (GDC) paired up with Swedish choreographer Alexander Ekman for a humorous duet featuring lead dancers Maeghan McHale and Martin Ortiz Tapia about life and love, but not necessarily a happy ending. ?(Great job Maeghan and Martin!) ?Intermission was abuzz with conversation, the packed theater a mass of movement, hand shakes and hugs.

The Joffrey Ballet opened Act II with William Forsythe’s In the Middle, Somewhat Elevated. ?This contemporary masterpiece from 1987 changed the way people thought of ballet. ?The stark set, the off-center partnering, the hyper-flexibility and “I don’t care” attitude wowed audiences then and continue to now. ?Dancer Rory Hohenstein’s multiple, multiple pirouettes amazed. ?(He later attributed them to a slippery stage.) ?The finale of the show was a collaboration with choreographer Larry Keigwin, a few of his dancers and everyday Chicagoans. ?Introduced by CDF co-founders Jay Franke and Lar Lubovitch, Bolero Chicago was a tribute to our city. ?Big and small, short and tall, the dancers in this piece represented everyone. ?A lady reading a newspaper, a woman walking her dog, a passerby smoking a cigarette, a commuter biking to work, a cluster holding on for balance on a bumpy el ride, and a man in drag losing a battle with his umbrella and the wind. ?Bears, Bulls, Cubs and Sox tees – even Benny the Bull merrily flipping around the stage. ?Illuminated cell phones lit the stage before bows were replaced by the “everyday” contingent jamming out on stage.

Last week was quite a week for dance in Chicago.? The Chicago Dancing Festival (CDF) presented five free nights of dance to eager audiences with an estimated 19,000 in attendance over the course of the week.? Many thanks and much gratitude to the CDF staff – Evin Eubanks (Executive Director), Todd Clark (Director of Production), Natalie Williams (Admin Assistant) and of course co-founders/Artistic Directors Lar Lubovitch and Jay Franke for showcasing such phenomenal talent and giving the city another chance to shine.? Mayor Emanuel attending three nights of dance has secured his place as dance in Chicago’s biggest fan.? I was lucky to be able to attend each night of the fest (I missed the free dance movies day) and I have to admit I was a little disappointed this Monday night when there wasn’t a kick ass show to go see.? Spoiled, but grateful.

Here are links to my coverage of the CDF events:? Opening Night Gala, Moderns, MCA Moves, Masters, Muses and Celebration of Dance.? Some of the highlights for me were Richard Move, Hubbard Street Dance Chicago (Too Beaucoup, Petite Mort), Lar Lubovitch Dance Company (The Legend of Ten), Paul Taylor Dance Company (Eplanade) and New York City Ballet artists Tiler Peck and Gonzalo Garcia (Tchaikovsky Pas De Deux).? I was surprised how much I enjoyed the Martha Graham Dance Company, Doug Varone and Dancers and Walter Dundervill’s work.? I can’t wait to see who CDF will bring in to perform next year.? Plan ahead: you won’t want to miss CDF2012!

Let me know what you think!? Did you go to any of the CDF shows?? What was your favorite?? Are you now a fan of a company you’d never seen before?? What would you like them to do differently next year?? What companies would you like to see at CDF 2012?

Saturday night was beautiful.? The weather, the venue, the dancing.? The perfect night to hold an outdoor, free dance concert for the city of Chicago.? At Pritzker Pavilion in Millennium Park, Mayor Emanuel took the stage to introduce the final night of the Chicago Dancing Festival (CDF) and vowed to take the now five-day fest up to six days of free dance events next year.? Dubbed a Celebration of Dance, the entire evening was just that.? Some of the best dancers in the country came together to dance works by Kyl?an, Balanchine, Graham and Taylor for the estimated 10,000-12,000 people in attendance.? Even the fabulous Gehry-designed concert venue could not compete with what was happening on the stage.

Ballet West, under the direction of former Joffrey dancer and Ballet Master Adam Sklute, opened the show with Jir? Kyl?an’s Sinfonietta.? This troupe won a Chicago following last year when they performed Balanchine’s Serenade at CDF. ?Program notes declare Sinfonietta is “a celebration of our earthly life” and with joyous jet?s and rousing score, it proved to be a pitch-perfect opener for our celebration.? A black back drop with sparkling lights like stars came clearly into focus when the piece finished just as the sun set and the stars overhead came out.? Timing is everything.? The woman sitting next to me literally jumped out of her seat in excitement as the piece ended.? She seemed embarrassed at first until she realized she wasn’t alone.? This was the first of many mini standing ovations of the evening (most of which were started by the Hubbard Street dancers in the crowd).? River North Dance Chicago (RNDC) followed with Charles Moulton’s post-modern Nine Person Precision Ball Passing.? For the third time this week, RNDC took their places on three tiers to perform the brain-teasing work which has seven minutes of fast ball exchanges in every possible configuration.? It is clear that the dancers have it embedded to memory as they performed it perfectly, even throwing in some sassy faces and attitude.? It’s a fun work that drew giggles and appreciation.? Now if I could only get that pinball-synth score out of my head.

Joffrey Ballet performed George Balanchine’s difficult and folksy ballet Stravinsky Violin Concerto.? The large group piece features two duets (Victoria Jaiani and Temur Suluashvili, Valerie Robin and Fabrice Calmels) to arias mixed in with all male and all female sections.? This work is at times difficult for me (why is she doing inside/out back bends?? why are they making a thumbs up sign and waving at each other?), but it was performed with flair and verve.? With fire engine sirens in the background, Joffrey showed the hometown crowd what it’s made of – strong technique, charisma and love.? (Shout out to Derrick Agnoletti for his fierce pas de chats!) Martha Graham Dance Company took the stage next in Diversion of Angels.? Graham’s trademark pitches and contractions were staples, but with lyrical passes and beautiful lifts mixed in.? Carrie Ellmore-Tallitsch, Ben Schultz and the gorgeous Xiaochuan Xie were stand outs.

Principal dancers Tiler Peck and Gonzalo Garcia from the New York City Ballet (NYCB) wowed the crowd with a stunning performance of Balanchine’s Tchaikovsky Pas De Deux.? The virtuoso duet showed the amazing technique, performing chops and musicality of the dancers.? Peck, aside from one slight bobble en pointe, was impeccable.? Her pointe work, her presence, her extensions, her turns, her playfulness all came together at warp speed. ? I felt like a little girl seeing something so amazing that it changed my life.? (Mommy, I want to be a ballerina!)? I had goosebumps and yes, I was one of the many shouted bravo during bows.? The excitement carried over to the final piece.? The crowd was ready and ?Paul Taylor Dance Company did not disappoint.? Taylor’s Esplanade set to Bach concertos was original inspired by a woman running to catch a bus.? The piece incorporates common human gestures with innovative partnering (a promenade with a woman standing on the man’s stomach), ridiculously fast footwork (Michelle Fleet’s solo was lightening fast!), running passes and a little romance.? The dancers were joyful with smiles on their faces as if they were having the time of their collective lives.? The audience was too.? *Insert full standing ovation here.

Every year, a random bird makes an appearance in the show, flying about the stage above the dancers as if it is so caught up in the moment that it wants to be part of the performance. ? I imagine much of the audience felt exactly the same way.? Just when I thought it couldn’t get any better, it did.? Multiple times.? Every day the festival got better and better and I can honestly say (although I didn’t “get” some pieces) I enjoyed watching every single dance.? Lar Lubovitch, Jay Franke and Evin Eubanks deserve great thanks and kudos for pulling off this hugely successful dance festival.? I wonder how they’re going to top it next year.